The Club was formed in October, 1937, and at that time had a total of six enthusiastic members. The first race meeting was held May 14th, 1938, at Carr Mill Lake, St. Helens. During the pre-war period a racing hull, now known as the Jeep Hull, was designed and developed by R. C. Holt, one of the founder members. Plans of this hull are still in demand by clubs in other parts of the country.

Club activities had to be discontinued during the war but in the summer of 1946 it was reformed. Carr Mill at this time had come under the owner ship of Messrs. Bell & Smith – Mr. C. Smith being one of the founder members, Messrs. Bell & Smith commenced a programme of improvements to the lake and surroundings which, when completed, was of great assistance to the club.

The first race meeting after the war was held in the latter end of 1946 with a total of seven boats. Post-war difficulties hindered the supply of boats, engines and spares, most of the racing engines being of American origin, but the situation is much improved to-day. The membership of the club has increased until the total now stands at over’ 100, of whom 3I are racing members. During the 1949 season it became apparent that the method of timing boats by stop-watch was not sufficiently accurate, and that the timing clock in use could not be seen clearly by the drivers. It was decided therefore, to design and build an electric timing machine which would eliminate stop watches, also to build two new electric timing clocks to comply with Marine Motoring Association regulations, that is, with the faces 7 feet in diameter. Work on both these projects was carried out during the winter by club members, and the new clocks were installed on the balcony of the timing office. The timing machine was tested and showed considerable promise and has since proved entirely successful, being accurate to a fraction of a second.

The racing members of the Club are not confined solely to the male sex. There is one lady racing member who has been racing since 1950, during which period she has been the winner of several Trophies and other awards, The club endeavours to send a strong contingent to meetings in various parts of the country. They are also sponsoring meetings at Yeadon, near Leeds, organised by that enterprising body, Yeadon Charities Association, whose excellent work for the hospitals and aged people is well-known in the North of England. The club also organised meetings at Rhyl, Rochdale, Leeds, Lytham St. Annes, and Southport. During the 1952-53 Seasons, Club members were successful in all National Meetings, winning no less than five Championship Races, The activities of the club are greatly facilitated by the excellent co-operation of Mr, A. E, Cartlidge, the present owner of the lake. 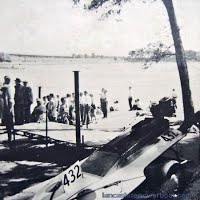 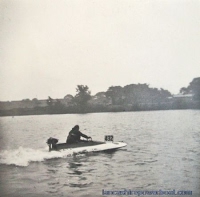 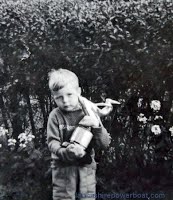 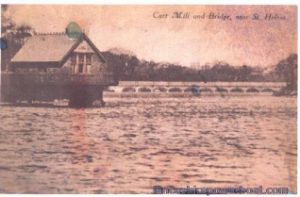